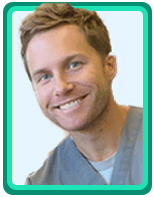 Dr. Cayce Wallace, Pediatric Dentist, was raised in Brookhaven, MS. He attended Mississippi College where he played baseball and in 2005 received a B.S. degree in Biology. Dr. Wallace attended Dental School at the University of Mississippi and received his DMD in 2010. He worked primarily in children’s dentistry for a few years then returned to the University of Mississippi to complete the residency program. During his second year, Dr. Wallace was named Chief Resident. He received his specialty certificate in Pediatric Dentistry in 2015.

Dr. Wallace and his lovely wife, Blythe are the proud parents of daughters, Nora and Caroline. In his spare time Dr. Wallace enjoys running, music and sports

Come visit us at one of our 2 South Mississippi locations!